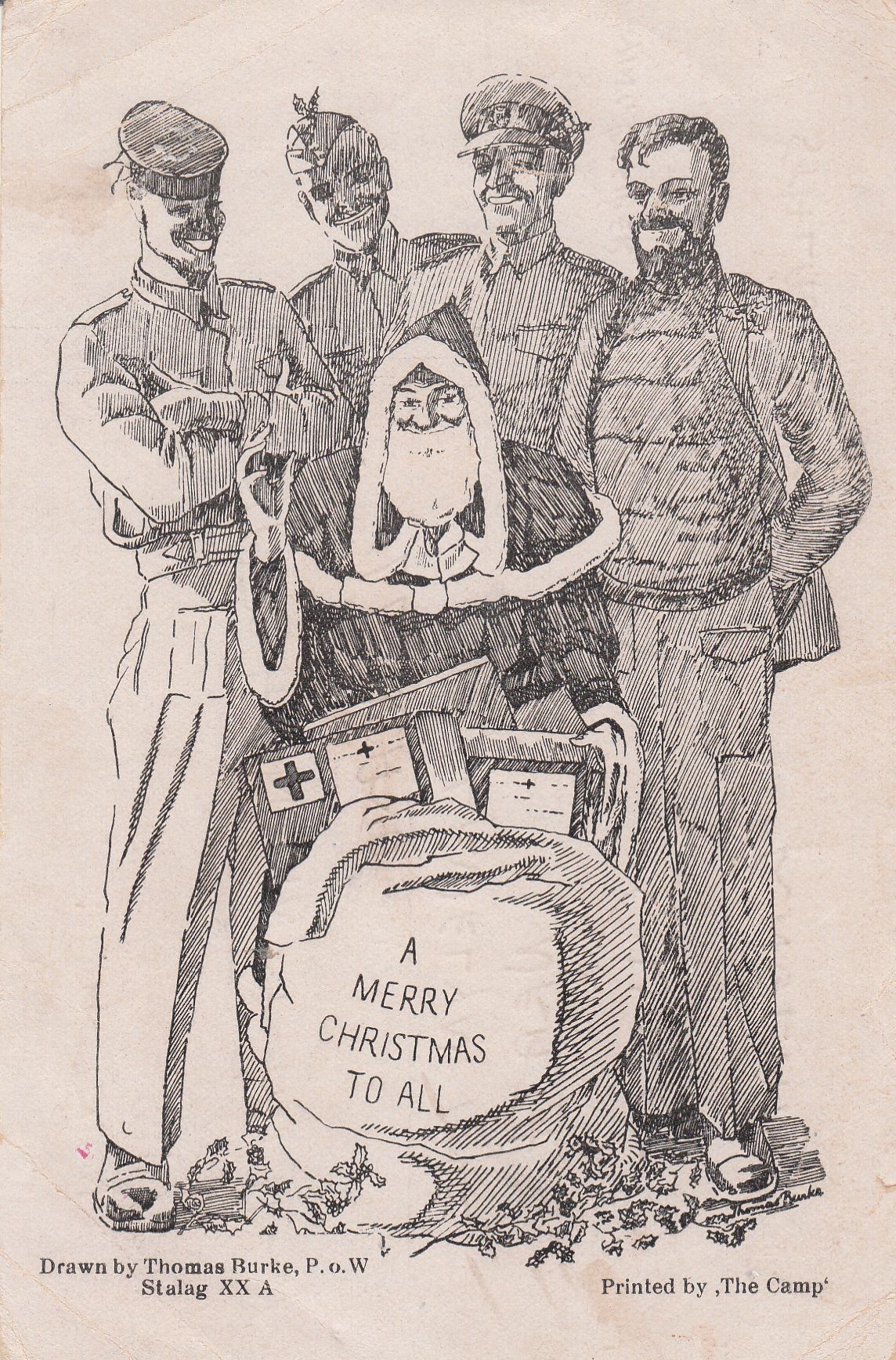 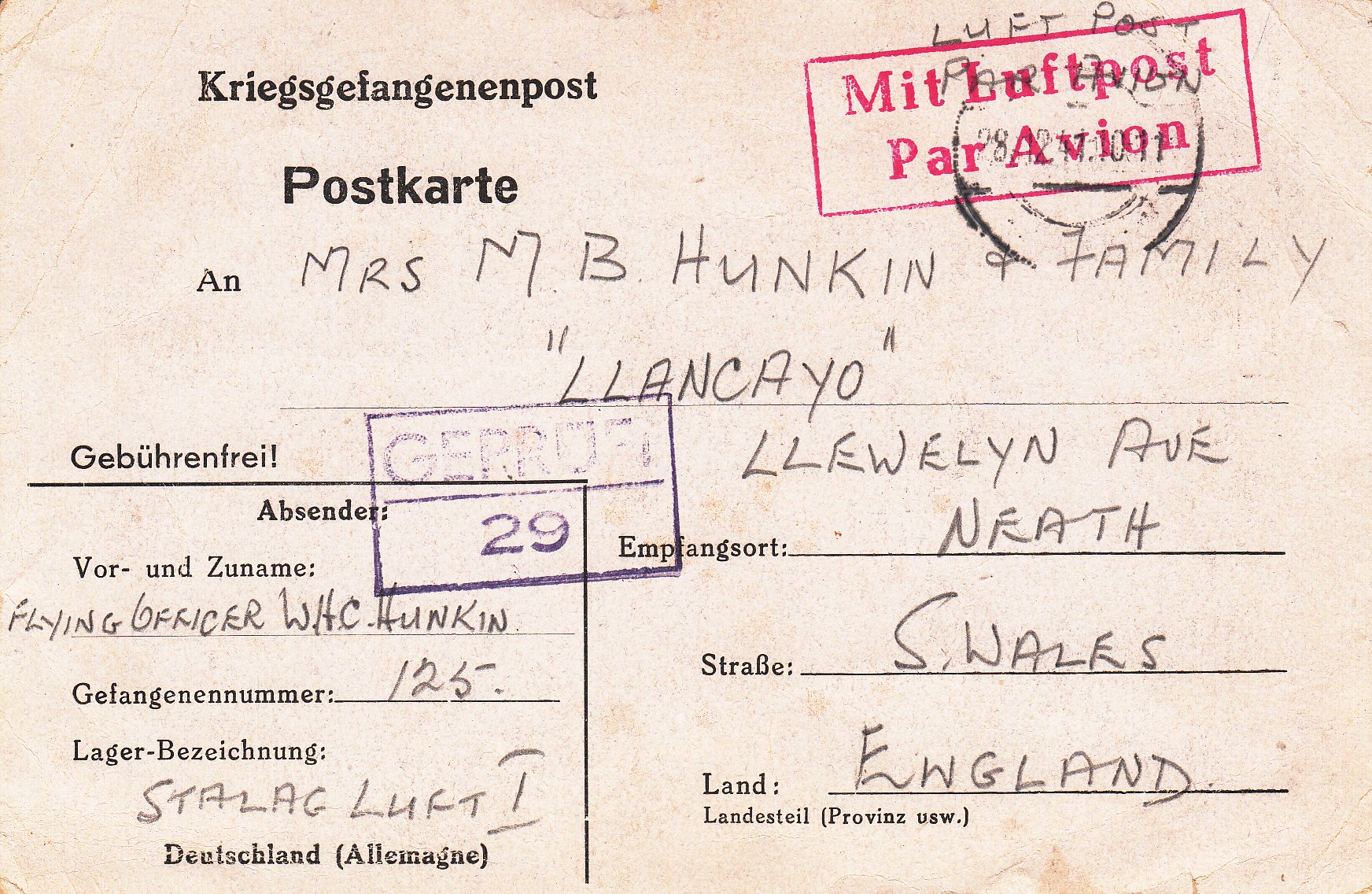 Stalag Luft 1 was located in Barth, Germany, while Stalag XXA was located in Thorn/Torun, Poland. How this card came to be used in camps located about 500km from each other is a mystery,

Information is available on the sender of the Stalag Luft 1 card:

William Henry Clement Hunkin, POW #125, is also shown as having been imprisoned at Stalag Luft Sagan (which would have been Stalag Luft 3 – consistent with the temporary closure of Stalag Luft 1 in April 1942.

Stalag Luft I: An Official Account of the POW Camp for Air Force Personnel 1940-1945, Frontline Books, 2018, viewable through

mentions (pages 54, 57, 58) Hunkin as one of the officers who brought to Stalag Luft 1 the codes used to send secret messages to and from the UK

More digging required on this one.

An illustration of GER4106 is shown at http://www.stalag18a.org/mementoes.html

with the notation “A Christmas card sent in 1943 by Gnr John Braysher, RA. The original was drawn by POW Thomas Burke in Stalag XXA and printed by the POW newspaper 'The Camp'. “

An artist’s drawing, used (with modifications) for the card is shown at

Larry Nelson reports 1 example, postmarked 14 January 1942, from a Jewish POW to Palestine. Return addressed and censored Stalag VIIIB, which is over 400km from Stalag XXA.

This makes 3 cards, 2 used from camps far from Stalag XXA and even farther from each other. How they got there remains to be determined.

Nelson reports “The artist was a radio officer on the ship the Dalesman which was sunk off the coast of Crete in 1941. He died shortly after being release in 1945.”

Back to POW Card Main Page