We Build, We Fight: Seabees 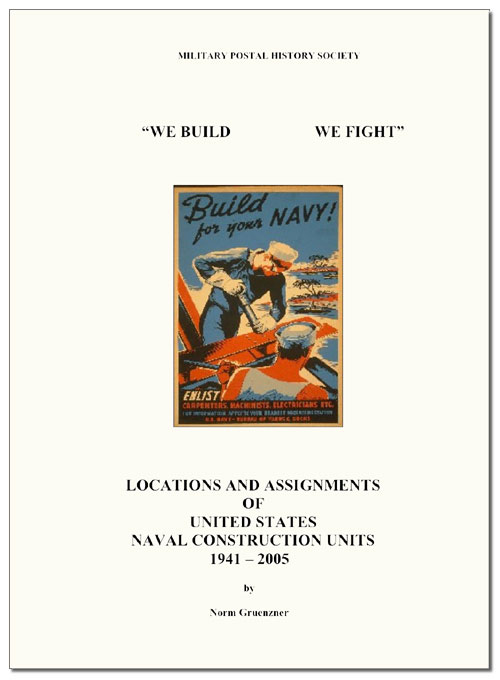 We Build, We Fight: Locations and Assignments of United States Naval Constructions Units - 1941-2005

United States Naval Construction units came into existence just prior to December 7th, 1941. 'We Build -- We Fight' is the motto of the Seabees and this work which traces the evolution of the construction units from 1941 thru 2005 updates the 1976 work by Robert Murphy of the War Cover Club.

Historically, there have always been Navy men available for construction jobs; but at the early part of 1941, they were few in number and were hardly capable of handling work that was about to be generated. The US Congress authorized the upgrading and building of new airfields in the Pacific Ocean area prior to the outbreak of war. As the war clouds grew larger, the US Navy and Congress realized that civilian workers in the western Pacific would be in harms way and needed to be replaced by military construction personnel. Their replacement did not take place in time and many were captured by the enemy. The first illustration is from one of those civilian workers who was on Wake Island at the time and was captured. From that point, the book covers the development of the Naval construction forces from beginning to Iraq. More modern information related to the war in Iraq, as well as other deployments, is sketchy due to security in place because of the war on terrorists. Modern deployments have been covered as best as possible.

The book has 421 pages and 76 illustrations of covers, censor marks and official Navy photographs. The book has spiral binding and a clear plastic cover over the front page.